AMSTERDAM, THE NETHERLANDS In the Noord-Hollands Archief, Haarlem, 34 completely unknown drawings by Frans Post (1612-1680) have been discovered. The Seventeenth Century artist from Haarlem who worked in Brazil between 1637 and 1644 is famous for the paintings of Brazilian landscapes that he produced after his return to the Netherlands. That the native flora and fauna depicted in these paintings must have been based on original drawings made in Brazil was always suspected. Until now, however, not a single animal or plant study from his hand was known.

Alexander de Bruin, curator of the image collection of the Noord-Hollands Archief, stumbled, to his amazement, upon the unrecognized studies  which include a white-lipped peccary, Brazilian porcupine, nine-banded armadillo, capybara, jaguar and white-eared possum by accident in the course of a digitization project. The story of his sensational discovery has just been published in the September issue of the international journal Master Drawings. 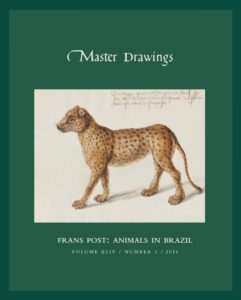 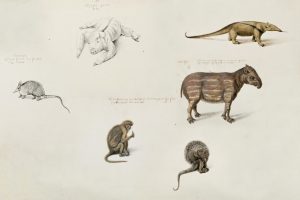 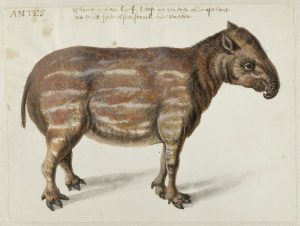